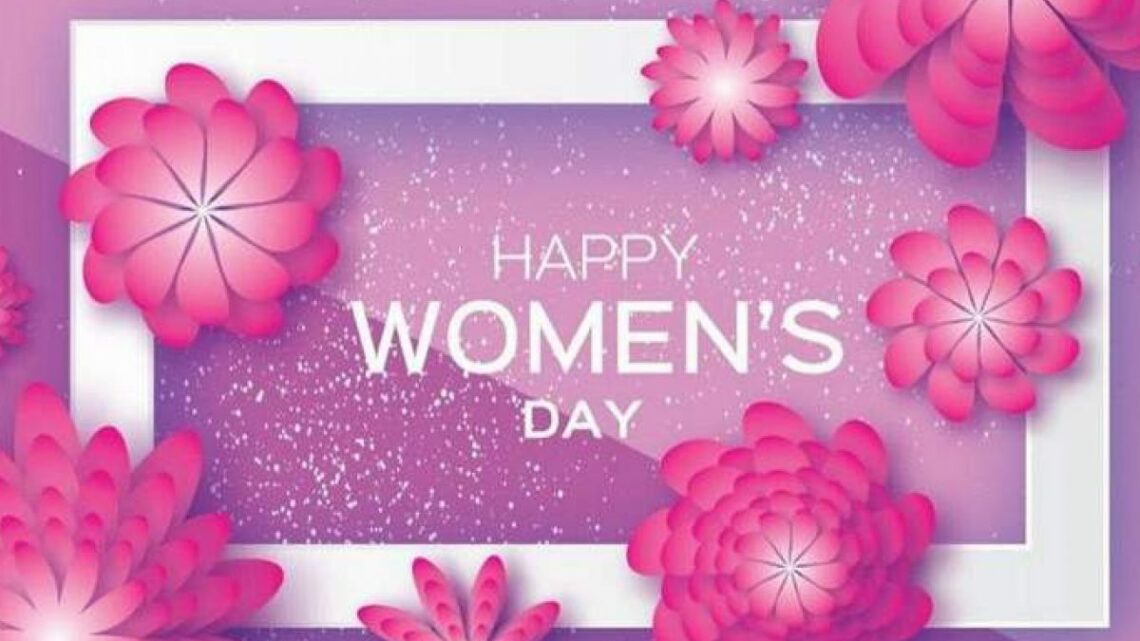 National Women’s Day is a public holiday in South Africa honouring women across the country, who still face significant issues such as parenting, abuse, violence, and wage gaps.

This day serves as a reminder of the role women played not only in our country but in society. On this day we pay reverence to the South African women who stood together and fought against laws affecting women as well as people of colour.

On Thursday 9 August 1956, 20 000 women from all over the country took to the streets in protest against Pass laws for women. 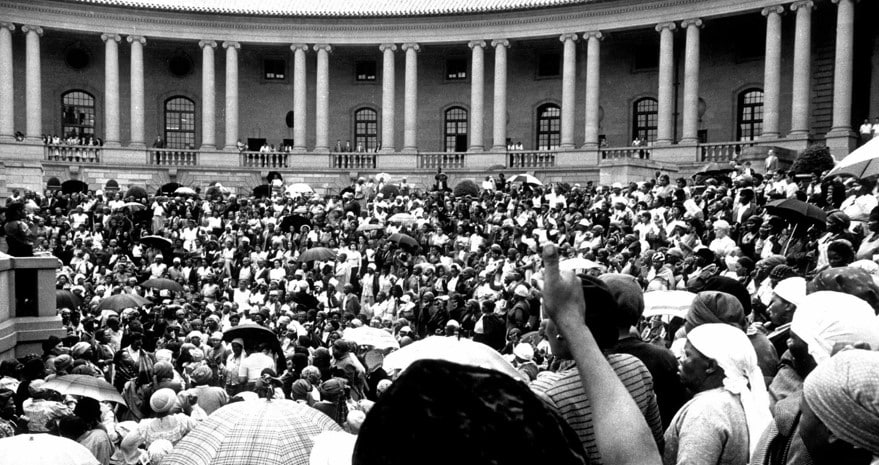 The Pass Laws Act required people of colour to carry an identification document or pass with them at all times. This document controlled and restricted their freedom of movement under the Apartheid regime. Being unable to present a pass on request, they where refused access to the restricted areas.

The Federation of South African Women (FEDSAW) organised the protest on the 9th of August 1956.       They aimed to strengthen the voices and influence of women from all ethnicities in the movement towards a democratic society. The women discovered that the pass laws will restrict their freedom of movement.

The pass Law also supported the notion that women are not competent enough to have any roles outside of the household.

The group consisted of 4 brave women, Amina Cachalia, Lillian Ngoyi, Ray Simons, and Helen Joseph together with 20 000 followers. They marched to the Parliament building in Pretoria to hand over 14 000 petitions containing about 100 000 signatures against the pass law amendments.

Prime minister JG Strijdom was not present at the time, so they handed the petitions over to his secretary. Their intention was to send a public message refusing to be silenced or have their freedom taken away from them. The women stood outside in absolute silence for 30 minutes, thereafter they sang a song written specifically for this occasion. 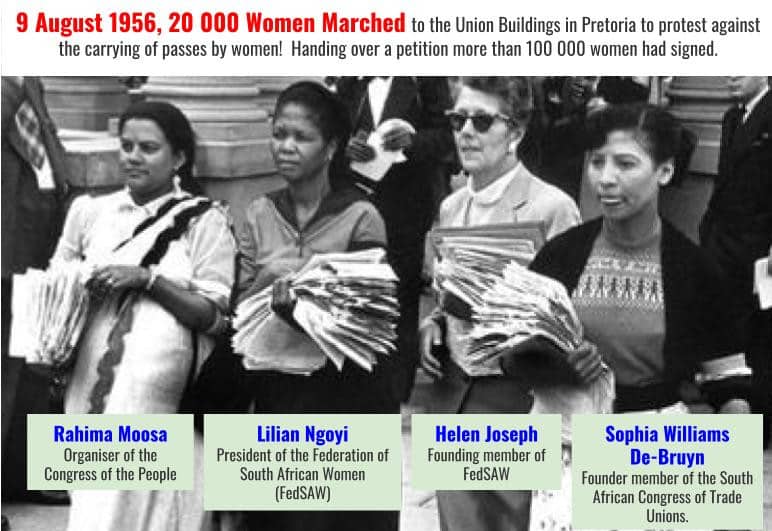 Wathint’Abafazi Wathint’imbokodo – Now you have touched the women, you have struck a rock. This expression is still used today throughout South Africa to signify the strength of women.

At the end of their courageous protest before walking away peacefully the women sang Nkosi Sikeleli Afrika.

The march became one of the most dignified, disciplined, and emotional demonstrations the country had ever seen. National Women’s Day is based on the same principles as International Women’s Day, striving for the same freedoms and rights.